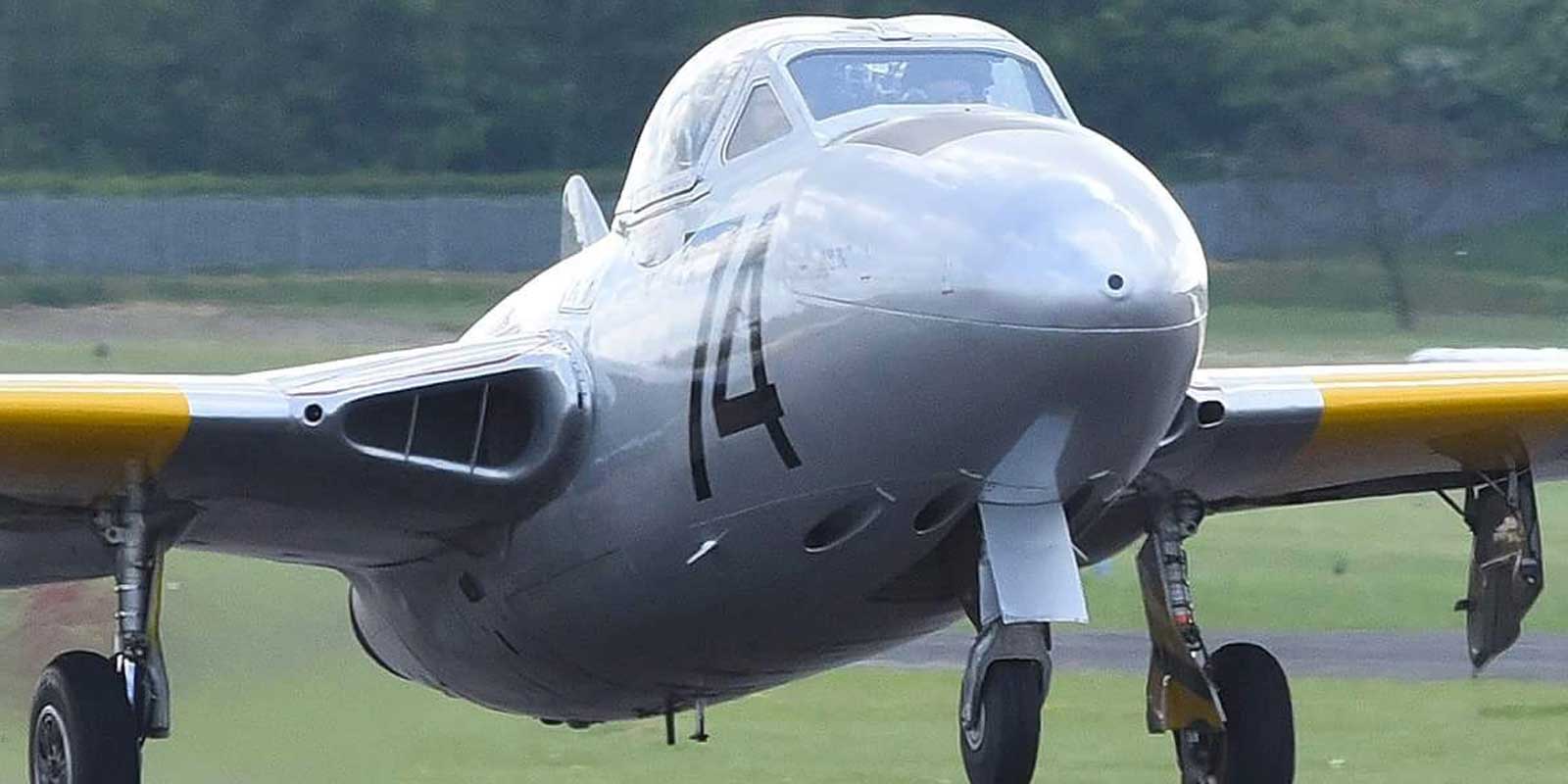 Fly the de Holland Vampire for yourself for a fighter jet flight like no other. This is a truly unique experience allowing you to fly the RAF’s second fighter jet in service. Sitting next to your instructor, you’ll be shown exactly what the Vampire is capable of and you’ll be amazed at what an aircraft of this age can still do. As well as being flown, you’ll be given the opportunity to fly as you take the stick and fly the de Holland Vampire yourself.

The de Holland Vampire was developed as an experimental aircraft to test jet propulsion as the world moved away from propeller-driven planes. Proving incredible effective with it’s unique twin-boom design, the Vampire went into production in the late 1940s and was still in limited service up until the 1990s.

Your flight is complete custom made to your preference. If you don’t fancy pulling any G-forces, that’s absolutely up to you, however if you want to see what a fighter jet of this nature can do, the pilot will happily oblige. You will be given the chance before your flight to speak to the pilot and discuss exactly what you want to do to ensure your flight is nothing short of spectacular.

This flight lasts for 25 minutes.

The total experience time is around three hours.

Should you require flights, hotels or transfers, Jetify are happy to oblige and arrange anything you need on your behalf. We cater to every reasonable request no matter how big or small to ensure you have a day you’ll never forget. Should you have any bespoke requests, simply contact us before booking and we’ll prepare a unique package tailored to your requirements.

Arriving at your pre-arranged airbase, you’ll be passed through some initial security checks before meeting your pilot. Here you’ll be able to discuss exactly what you wish to achieve while up in the air and the pilot will endeavour to ensure you experience everything you hoped for during your flight. After a safety briefing and a briefing surrounding your flight, you’ll change into your flight suit, gloves and helmet.

It’s then time to make your way to your de Holland Vampire where you’ll climb into the cockpit and prepare for lift off. Once your flight is complete, you’ll have the opportunity to take photos with your aircraft before your day comes to a close.