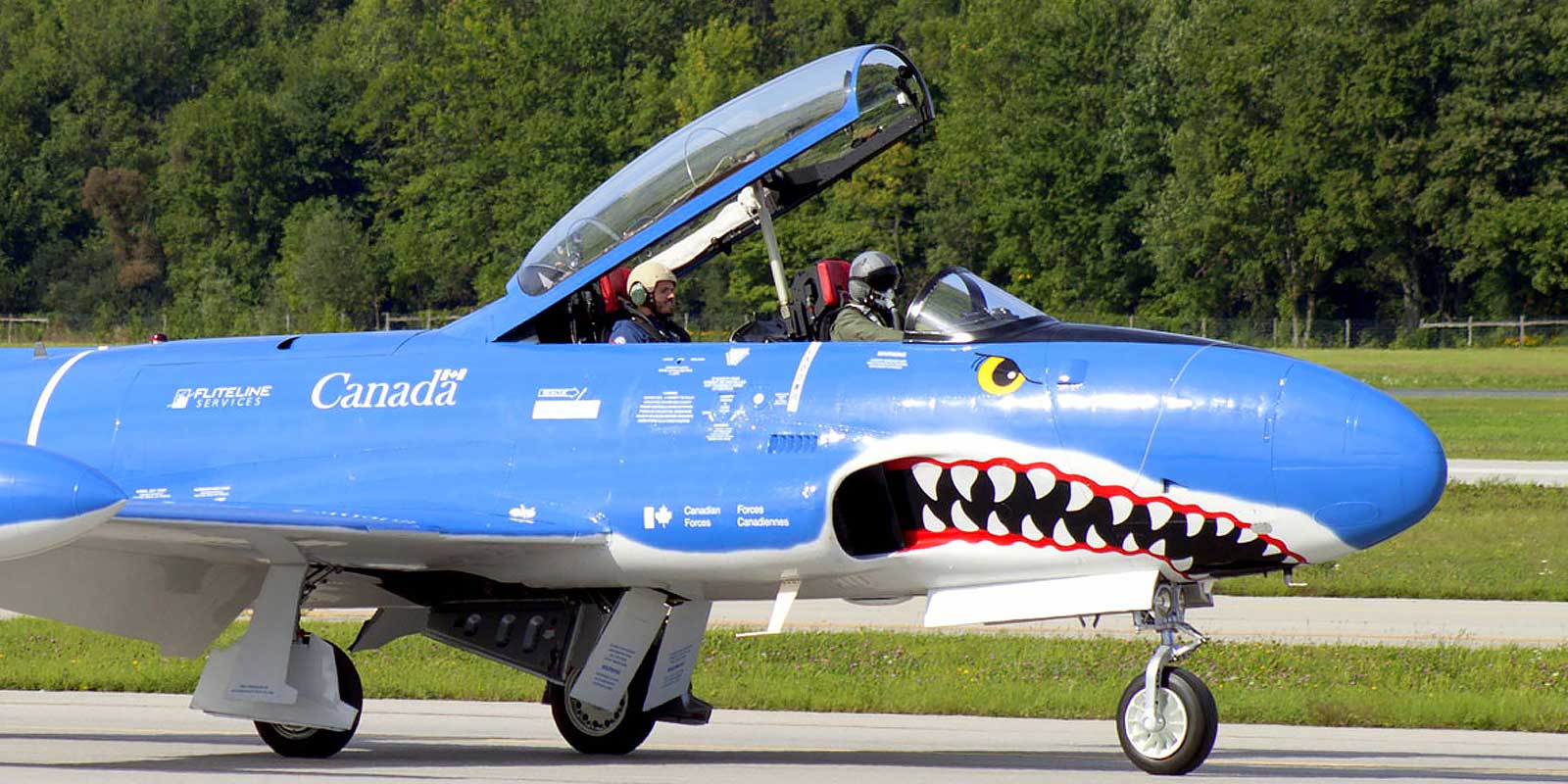 Take to the controls and fly the T-Bird over Calgary

It's time to take on the might of the T-33 Shooting Star or as it is alsoknown as the "T-Bird"! Used widely by militaries around the world,the T-33 is an advanced military jet trainer and also used for target towing.You can now take to the controls and fly a T-33 fighter jet in Canada with thisawesome flying experience. Do you have it in you to fly a fighter jet of thiscalibre?

Your fighter pilot experience will commence as you meet your fighter jet pilot at the airport in Calgary, Canada. Your wing man for the day will show you to the briefing room where you undergo a comprehensive briefing and discuss the flight programme as well as go through the controls and charecteristic of the T-33 fighter jet, this is in order for you to be familiar with what to expect once in the cockpit. Select from a relaxed briefing or alternatively, you can select to undergo the fully loaded Air Force programme giving you a more dramatic build up to the fighter jet flight in Calgary. During your briefing you will also go through all safety equipment and procedures and then you will be fitted with your flight helmet and and flight suit. Whilst you have been in your fighter jet briefing, there have been a team of highly skilled technicians preparing the T-33 for your fighter jet experience in Canada. Next you will step into the cockpit of the T-Bird fighter jet and the ground crew will be at hand to make any adjustments required to your restraints. Once you are in the aircraft the fighter pilot will once again go through the controls and safety with you, as being in the T-33 is very different from the briefing in a classroom. Intercom tests will carried out and you will obtain clearance from the control tower for takeoff. Then is a brief look at the runway as the Lockheed T33 speeds down it and before you know it you are thousands of feet in the air taking part in several combat manoeuvres. Typical manoeuvres you will experiece during your fighter jet flight in Calgary include rolls, loops, extreme low passes, split-S, dives, tail-chase, steep ascent and immelmann. Your actual fighter jet flight in Canada will last an exhilerating 30 mintues and once you've completed your flight, you will de-breif, take a photo with the Lockheed T33 fight jet and your fighter jet pilot before receiving your flight certificate and oenjoying a well earned drink.