What is the best fighter jet in the world?

We are often asked ‘what is the best fighter jet in the world?’ and our answer is always the same… It depends what you mean by ‘the best’. With so many fighter jets in the world, both past and present, choosing just one that does everything better than any other is almost impossible. Each fighter jet has a particular role to play and is developed to do a number of roles really well, but finding just one single jet that does everything better than any other jet is impossible. This is because if you develop too much in one area, you’ll make compromises elsewhere. Do you make a fighter jet the fastest available, but reduce its manoeuvrability and reduce its air combat effectiveness? Or do you load it up with technology but reduce its speed?

To make things easier, we’ve broken down our criteria into the following categories so we can better determine the best fighter jet in any one particular category. 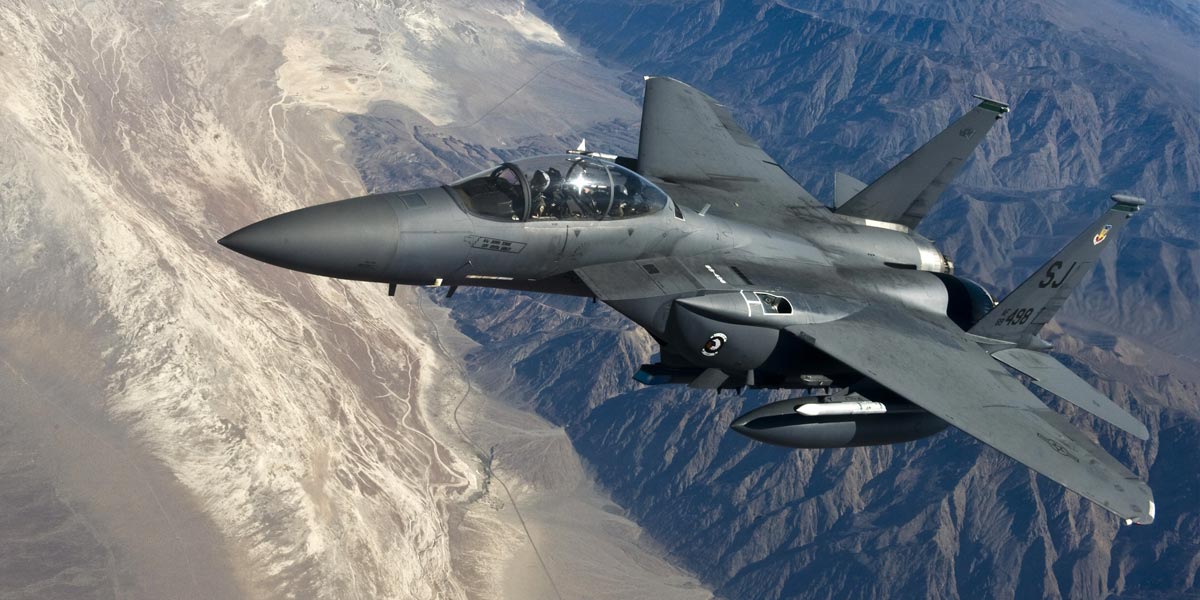 With a 100% air combat success rate, nothing else comes close to the McDonnell Douglas F-15 Eagle. Although an older fighter jet by modern standards, it has been upgraded numerous times, including the F-15E Strike Eagle as it still proves itself as a worthy aircraft. Still in service today and adopted by many airforces worldwide, the F-15 performs well in most circumstances, although its primary role is for air superiority.

In over 100 dog fights, the F-15 has won every single one and lost zero. And because the F-15 has been around since the 1970s, its had enough time to prove itself as a successful fighter jet. Even today it’s relatively cheap at just $30 million per unit compared with the $150 million per unit for an F-22 Raptor. It’s small, light, capable of a top speed of Mach 2.5 which is almost unmatched even by todays standards and it is available in a range of variations depending on requirements.

The downside to the F-15 is its age. It is a fourth-generation fighter, which although are still relevant today, are slowly becoming replaced by more advanced fifth-generation fighters such as the F-35 Lightning II. Upgrades are still being proposed for the F-15, such as the F-15SE Silent Eagle with reduced radar cross-section, but there will be a time when modern jets will simply replace the F-15 altogether.

When that is, who knows, but for now the F-15 is still an incredible effective fighter jet with a record not matched by any other fighter jet in service today. 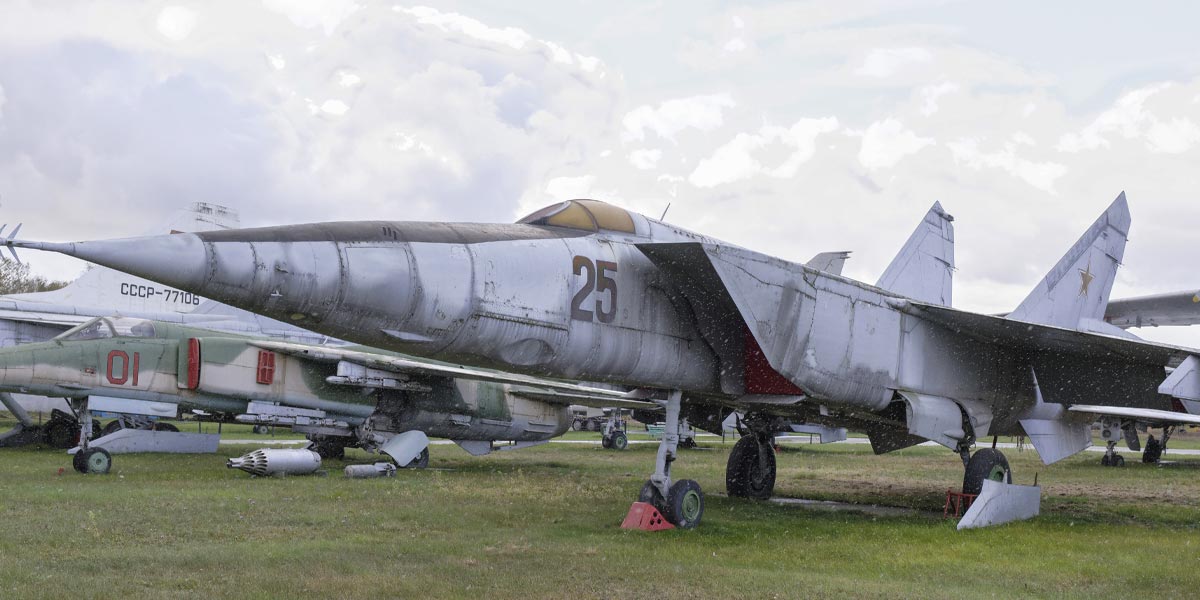 The fastest fighter jet might come as a suprise because it was developed back in the 1960s making it somewhat old even compared to the F-15 and has since been replaced, yet it still remains in limited service. The fastest fighter jet in service today is the Mikoyan-Gurevich MiG-25 Foxbat with a top speed of Mach 3.2. In comparison, the F-15 can reach Mach 2.5, the F-22 Mach 2.0 while the F-35 just Mach 1.6. With that in mind, the fighter jet from the 1960s is twice as fast as the modern day F-35.

For a full list of fast jets, including experimental aircraft that could reach Mach 6.72, check out our fastest fighter jet blog.

It may seem that fighter jets are getting slower, and the reality is; they are. The main reason for this is the lack of competition and need. Interceptors tend to be the faster form of jets and while they are still required, they aren’t needed quite as much to hunt down bombers, simply because less bombers are operational these days. Defences have significantly improved over the years, so many roles provides by planes can simply be handled from land.

Another reason jets seem to be getting slower is the pay off when you choose to go fast. Material selection is far more limited in order to withstand the forces and heat the plane is subject to during fast flight. Plus, in order to reach such speeds, compromises need to be made elsewhere, including to the agility and manoeuvrability of the plane. These days more emphasis is put on having a manoeuvrable fighter jet than one that can go faster than Mach 3.0.

All that said, the MiG-25 is still in limited service for a reason, and when compared to other aircraft in operation, it certainly still has a distinct advantage being the only fighter jet capable of speeds over Mach 3.0. The MiG-25 is no longer in production and hasn’t been for some time since the MiG-31 replaced it, however as agile as the MiG-31 is, it can still only reach a top speed of Mach 2.83, giving the Foxbat a clear margin of speed. 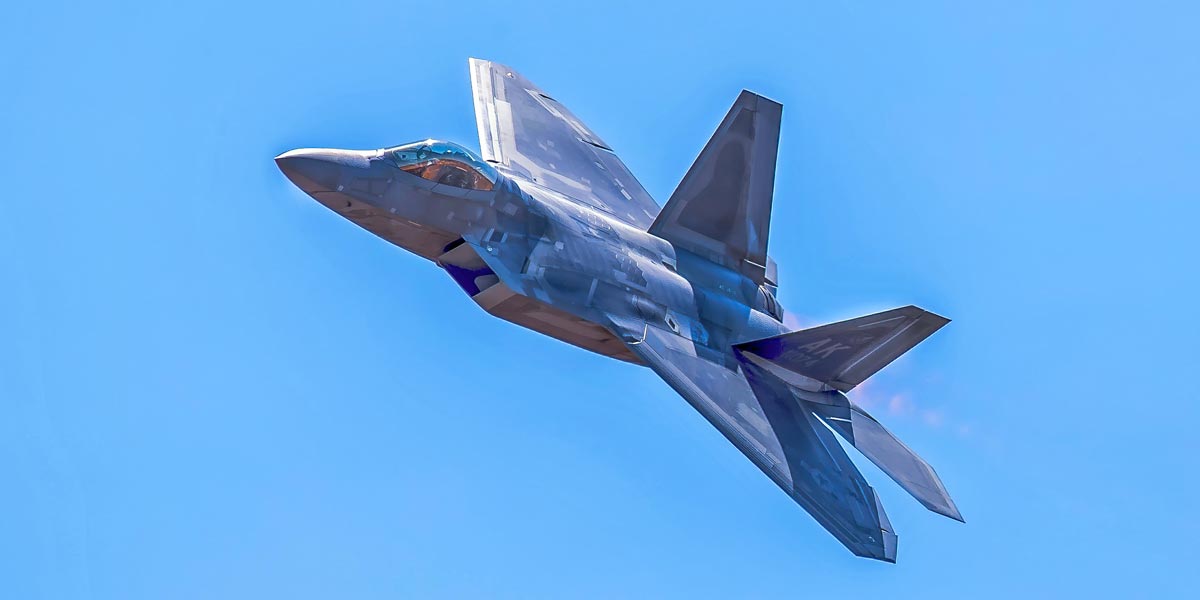 The Lockheed Martin F-22 Raptor was the first operational fifth-generation fighter in the world and has roles as a primary role as an air superiority fighter, as well as secondary roles for ground attack, electronic warfare, and signal intelligence. With a combination of stealth technologies, aerodynamic performance as well as armaments, the F-22 is by far the most advanced fighter jet currently in service. It may not be capable of vertical take-off like the F-35 Lightning II, but the F-22 is so advance the US cannot export it due to the technologies and classified features it houses.

The F-22 program began in the 1980s where the USAF identified a need to replace the F-15 Eagle and the F-16 Fighting Falcon, plus with developments of new aircraft in other nations, a new Advanced Tactical Fighter was required. Taking advantage of new technologies including advanced alloys and stealth technology, the F-22 Raptor was designed to dominate the sky with nothing else in the world comparable to it.

Later in its life, many critics questioned the F-22’s role as costs continued to rise and the Department of Defence hadn’t demonstrated a need for such an aircraft. The F-35 Lightning II also proved to be cheaper and could undertake many more roles than the F-22, including being adopted by the US Marins, Airforce and Navy. Although adopting some of the F-22’s technologies, the F-35 could also be exported.

Originally the USAF ordered 750 units, however with a high cost per plane and very little competition, this fell to just 187 and the F22 Raptor ended production after just five years. It seems as of today, there is little else that can compare to the F-22 Raptor as it easily cements itself as the most advanced fighter jet in the world.

The F-22 Raptor also has the most expensive cost per unit at $150 million (unless you include the Northrop Grumman B-2 Spirit bomber at $737 million), but in terms of most expensive fighter jet program, that goes to a close relative of the F-22... 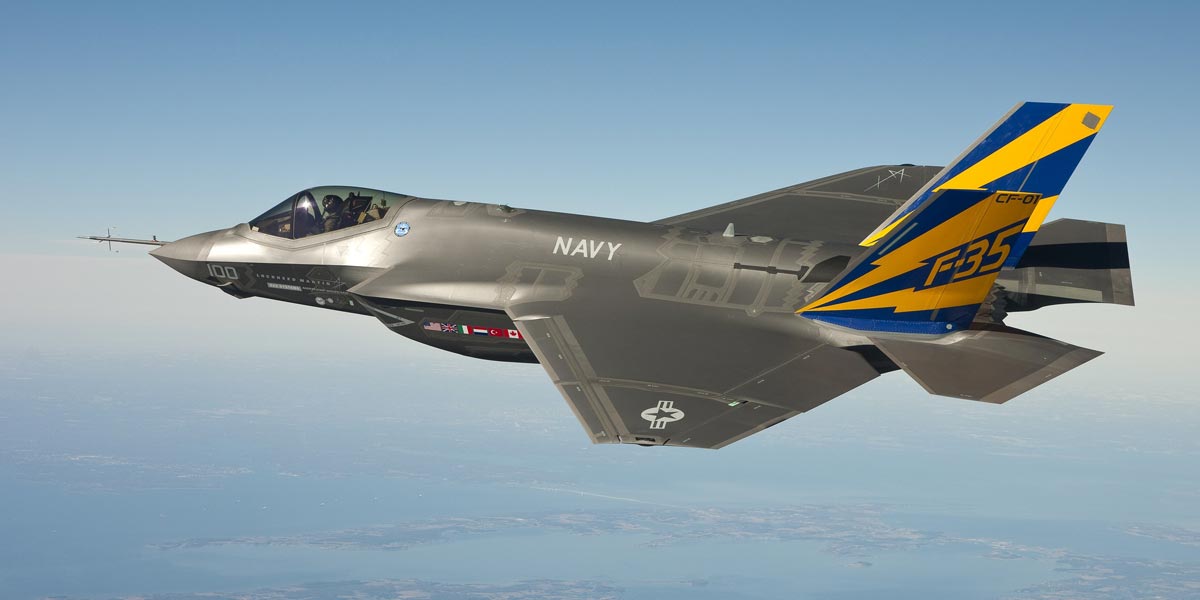 While the cost of an F-35 Lightning II may seem quite reasonable at $110 million per unit, the cost to develop and produce the plane has been so high, it’s now one of the most expensive military projects ever.

The F-35 Lightning II is a fifth-generation stealth multirole aircraft that can perform air superiority, strike missions, electronic warfare as well as intelligence and reconnaissance. Developed as part of the Joint Strike Fighter program, many US allies contributed to the development of the fighter jet and many other countries around the world have shown interest. The only downsize to a complex project with multiple countries involved is the exceptional cost of the overall project.

One of the most unique attribute of the F-35 is its vertical take off and landing ability, at least in the case of the F-35B variant. The rear main engine rotates to point downwards and a flap behind the cockpit opens to reveal a vertical lift fan. This makes taking off from aircraft carries and confined runways much easier and mimics the capabilities of the legendary Harrier jump jet.


There are currently three versions of the F-35 Lightning II:

The smallest and lightest version offering standard take off and landing procedures. It’s also the most agile capable of 9g. A drag-chute pod can be added as well as various options for in-air refuelling. This version has been adopted by the USAF as well as other airforces.

This version is designed primarily for use on aircraft carriers as a catapult assisted take-off model. The F-35C features larger wings than the A and B models for improved lower-speed control with foldable wingtips for storage. The F-35C is limited to 7.5g. 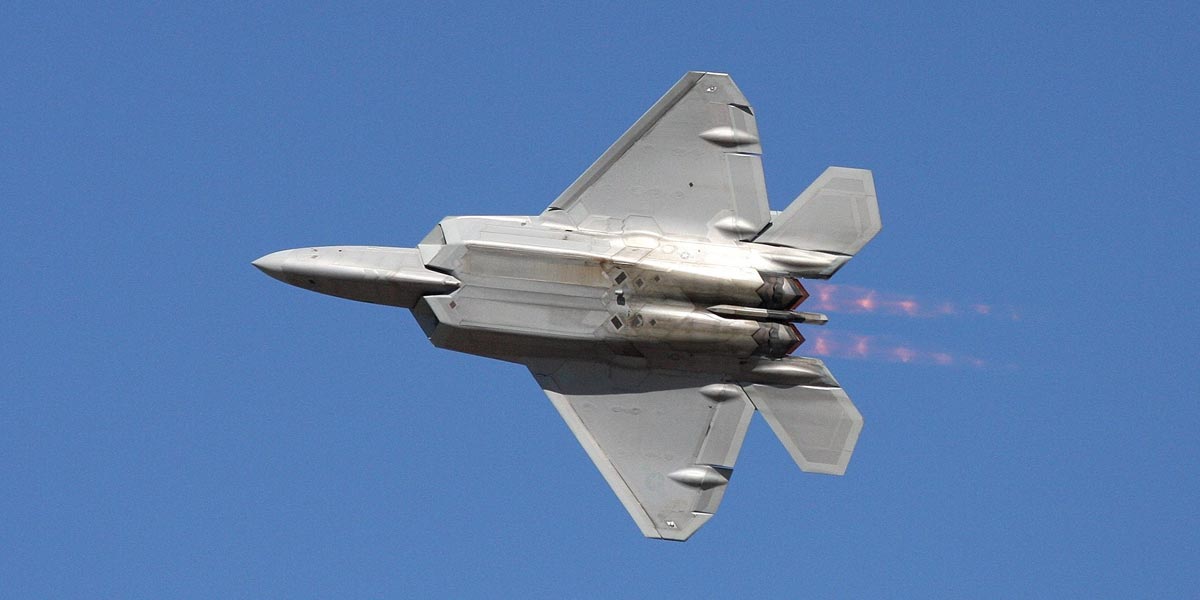 The best fighter jet in the world

Depending on what you class as ‘the best’ clearly differentiates what fighter jet is the best in your opinion. In these categories, each fighter jet in question was capable of doing something far better that no other could match and vice-versa. Meaning there will most likely never a be a ‘one-jet-for-all’ option because physics, design and technology simply won’t allow for a fighter jet to be incredible at so many different things.

Here at Jetify, our answer to the best fighter jet in the world is the one you can fly. And that’s what we do best; we offer fighter jet flights to those who want to experience what these incredible machines are capable of. With a generous selection of fighter jets available to fly and multiple runways all over the world, taking to the skies for yourself is now easier than ever, and with our Jetify VIP service as standard, your personal account manager is always on hand to ensure your flight is nothing short of exceptional.

Take to the skies in the best jet in the world, the one you can fly.